We found this site by chance. We had a driver for the day and our final venture would be into the Valle de Los Ingenios to see the Hacienda Iznaga, a restored sugar plantation property about 15 kilometers east of Trinidad that's been turned into a tourist destination. We asked our driver if he knew of any other sites and this is what we found, San Isidro, a place not yet open to tourism. There were no tours given here but a historian was on the site.
The San Isidro de Los Destiladeros Sugar Mill was typical of this area of Cuba that by the late 18th century was a tremendous industry in the country. Using slave labor from Africa, a network of sugar mills like this one sustained the local economy for generations. In 1827 the area around Trinidad was home to 56 sugar mills with a labor force of 11,000 slaves....the total population of the area at that time was 28,700. The house on the property dates back to the 1830's, that's when a Pedro Matamoros bought the property for 60,000 pesos. He later sold the property by auction to Isabel Maria Gonzalez in 1854 for 80,000 pesos. Fast forward to after a couple of more transactions, it was abandoned in the second half of the 19th century after sugar production ceased at San Isidro. What's left of the property, including the three-story tower that was used as a belfry & lookout, shows the owners' wealth at the time.
I found a fair bit of deterioration, it was nothing like the Hacienda Iznaga, but it was more genuine. There are two ways of thinking when it comes to the restoration that is going on now at San Isidro....it looks like apparently they're going to make it a tourist attraction like Iznaga. There are some people that think the Ruins should be left as Ruins. The site is under review to be included in UNESCO's World Heritage Site's. Hardly anyone visited this place when I came here but that may have changed since my visit....it depends on how far they've come along with the restorations. I'm sure that this site would be an included stop on the Sugar Mill Tour that brings busloads of tourists to Iznaga. The bell tower has been completely restored and they had begun working on the main building while I was there. Hardly anything was left from the original structure when it came to doors and windows. Only one of the original windows remained, the rest will be reconstructions, some of which were already installed. Our guide took us around the property showing us the various excavations, parts of walls, the slave quarters, where they boiled the sugar juice....
If you spend a few days or a week in Trinidad, there's only so much you can do within the city. Visiting this part of the countryside is a wonderful and interesting way to spend part of the day. You can probably negotiate a good price with a particular taxi out of Trinidad if you don't want to do the typical Tourist Package. 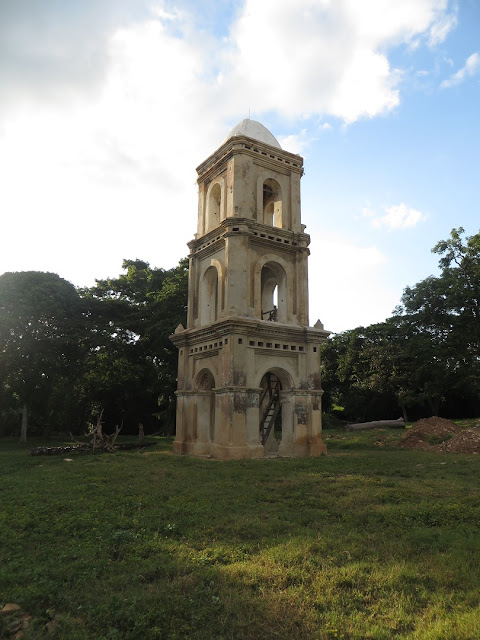 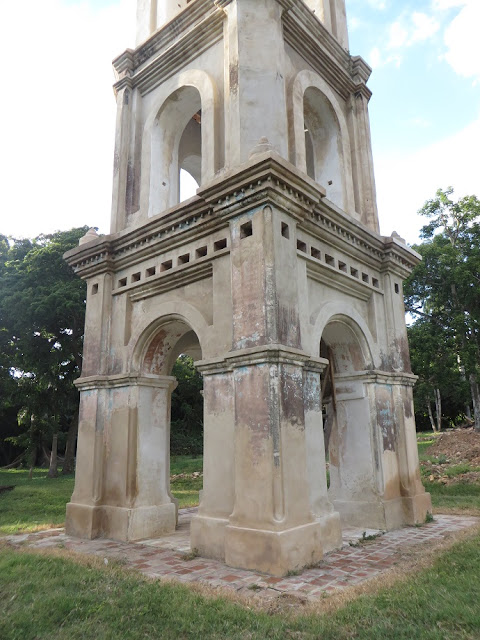 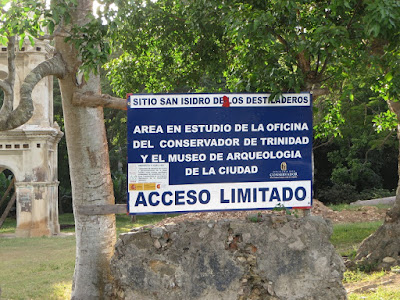 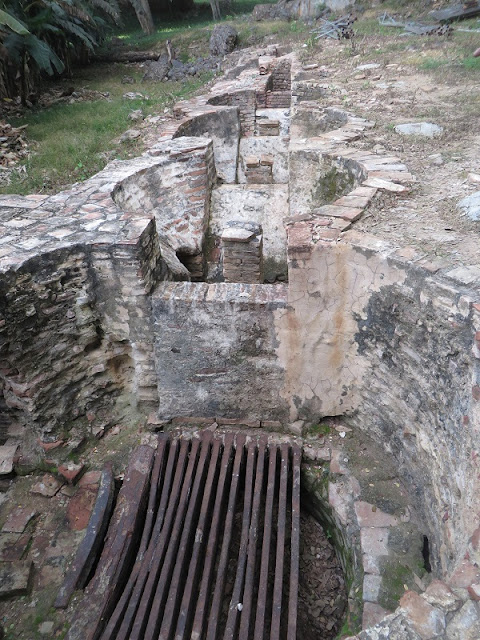 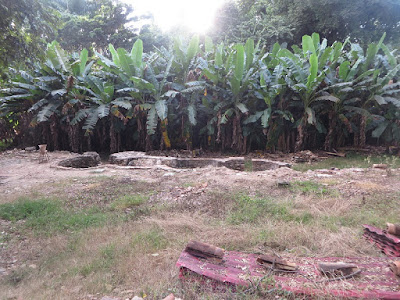 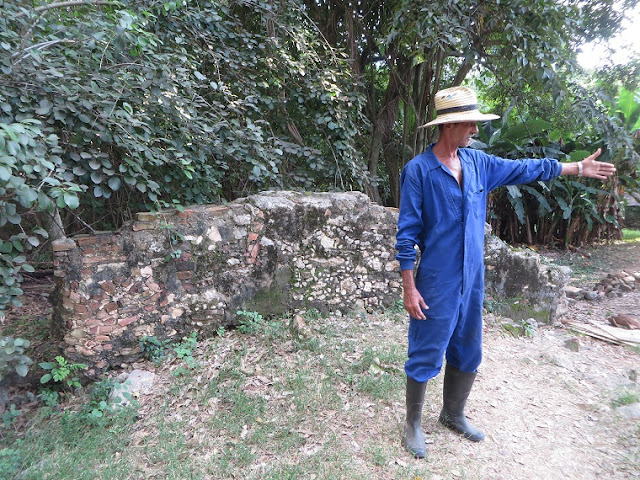 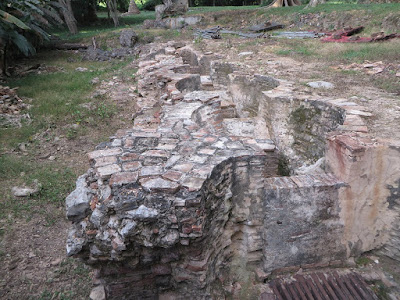 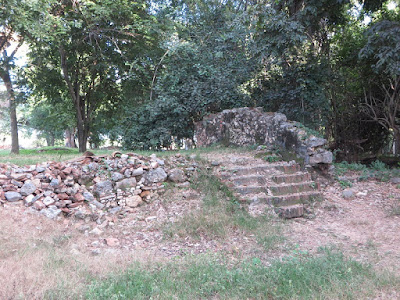 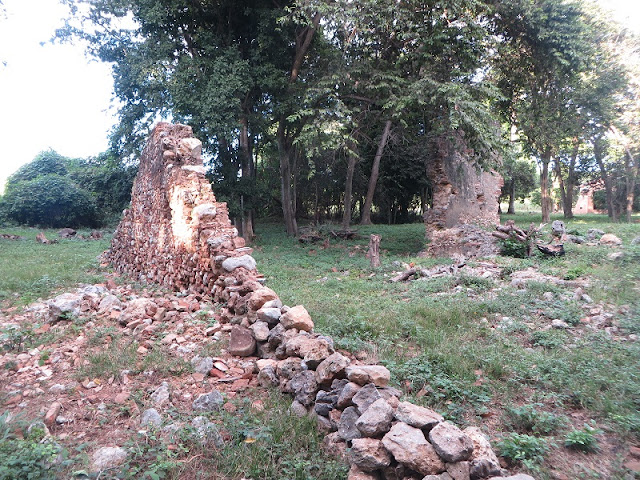 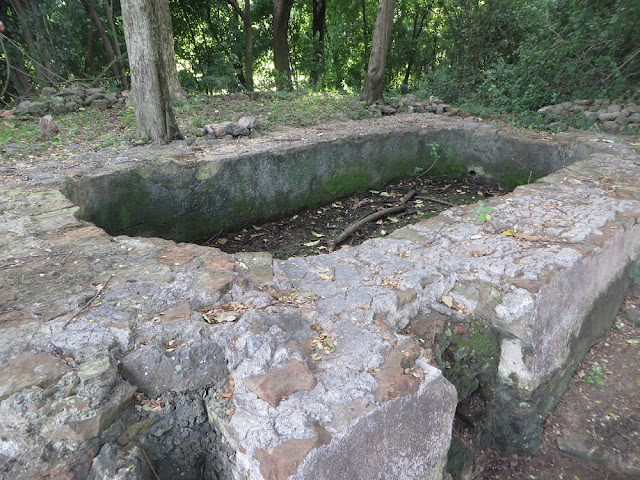 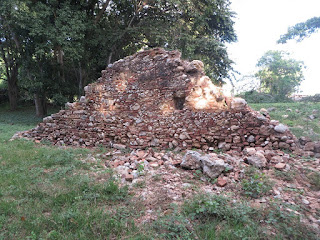 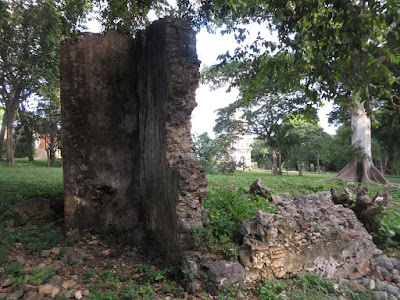 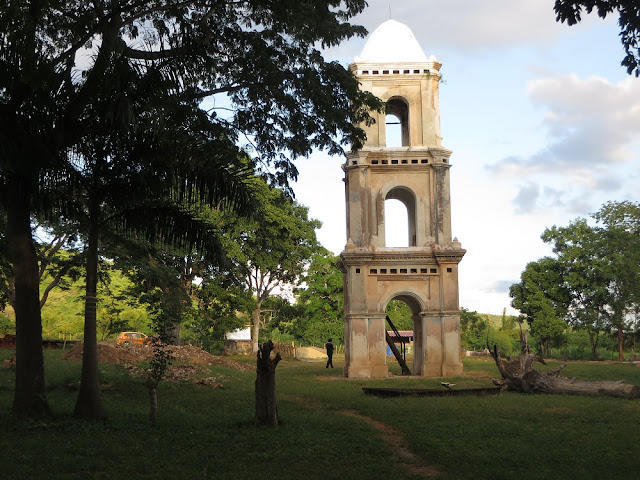 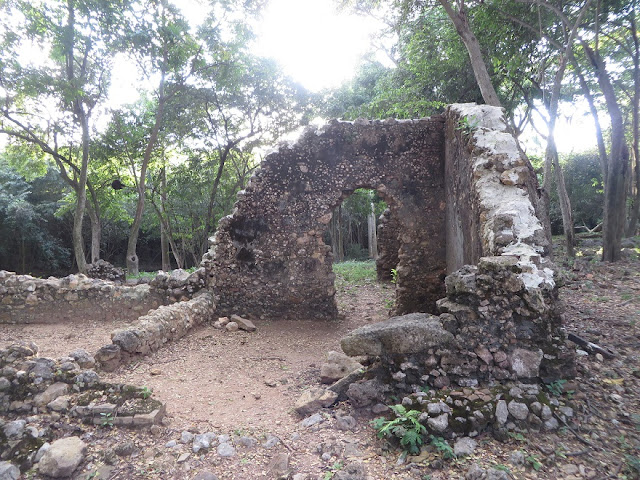 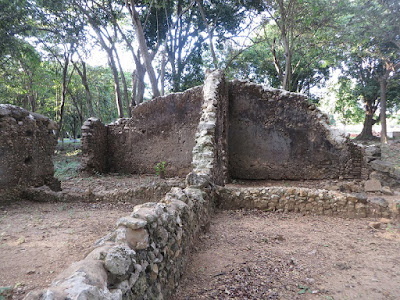 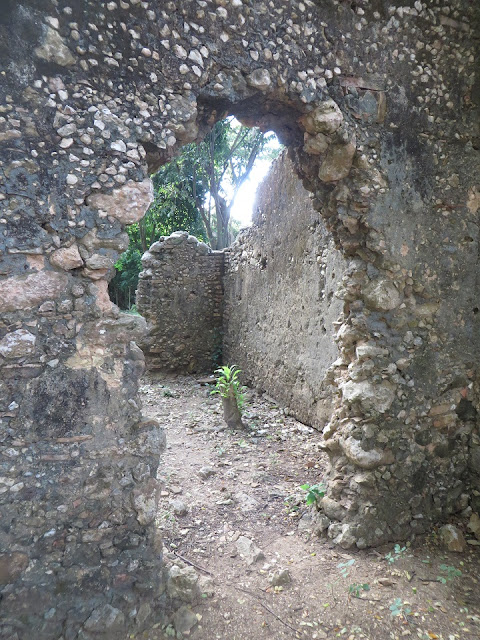 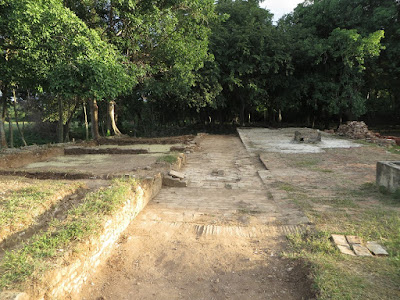 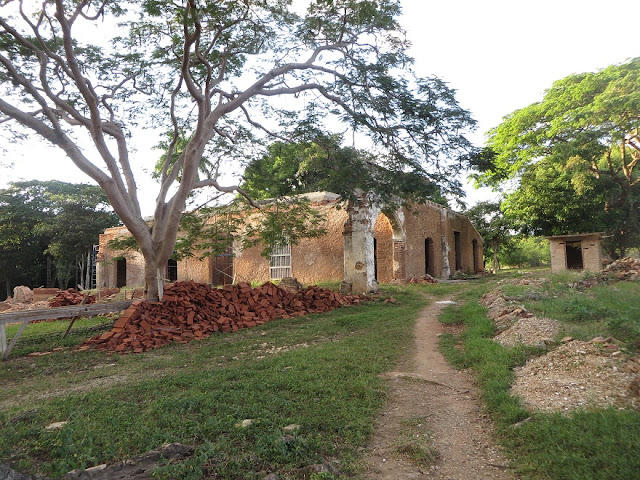 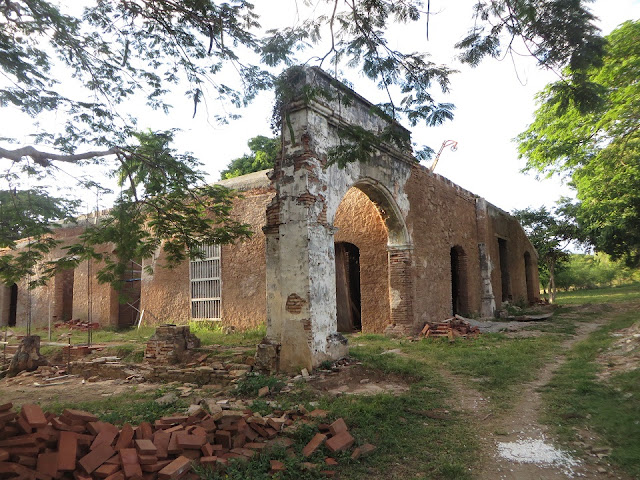 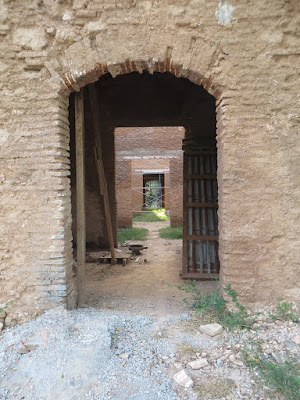 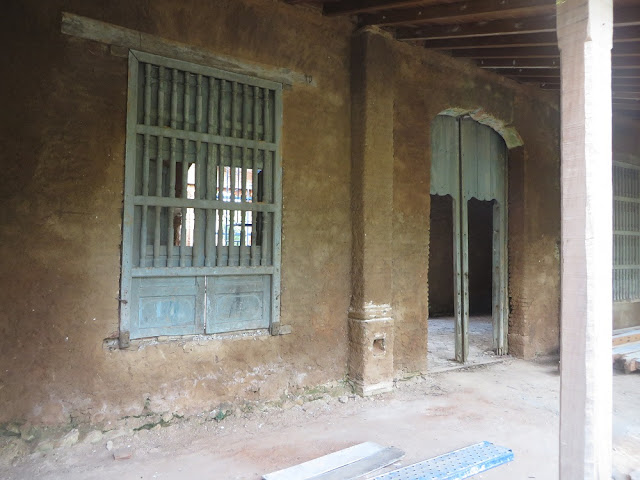 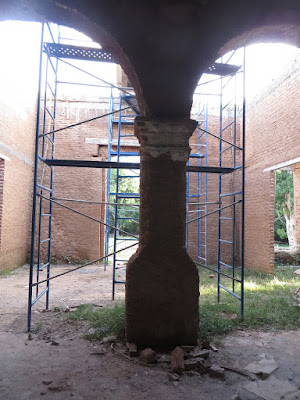 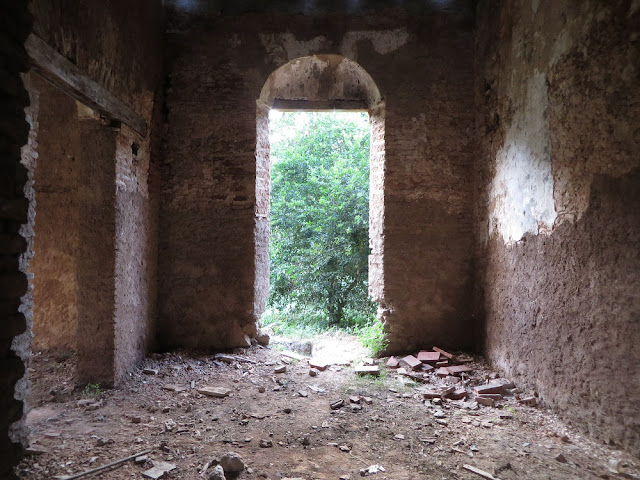 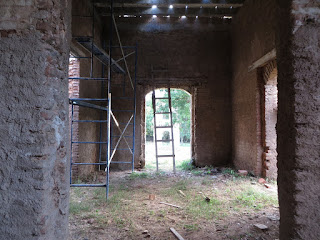 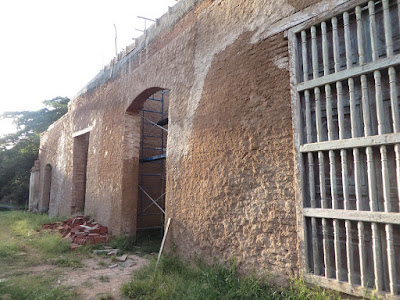 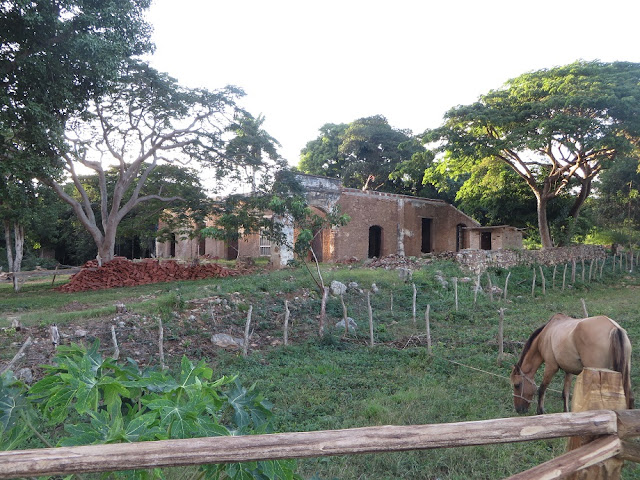 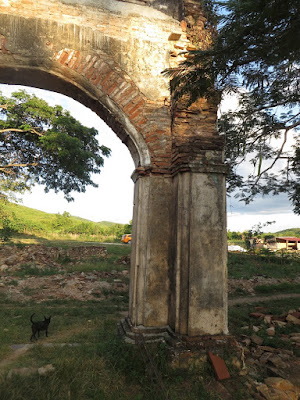 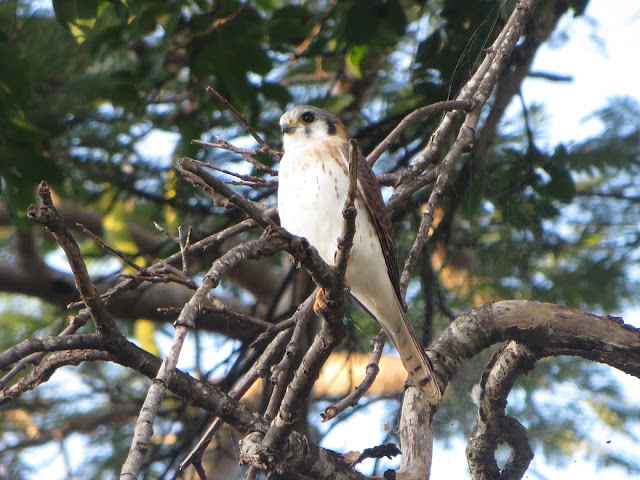