Quinta Avenida, a multi-lane, high speed through-way, runs east-west straight through the heart of the once upper-class district of Miramar (Havana). I say, 'once' upper-class, because all the mansions in the area were once owned by rich Cubans, most of which fled the country after 1959. Today many of those houses are owned by regular citizens, that is unless they haven't been converted into a government entity. Quinta Avenida, or most of it, has been taken over by the government which has installed or converted the most luxurious of those homes into government buildings or embassies. At present time, Havana hosts 110 embassies, approximately 50 are along 5ta Avenida, another 50 on either side (3ra Avenida and 7ma Avenida are also major east-west thoroughfares) and the remaining are scattered elsewhere around the city.
A minimum speed of 60km must be maintained and no stopping is allowed along 5ta Avenida as well as no left turns with few exceptions until you arrive at the traffic circle at Calle 110, approximately five kilometers in distance. Running through the center of 5ta is a pedestrian walkway that's meticulously landscaped. Miramar officially ends at Calle 42 but most people consider that it stretches for an extra kilometre or so, to Calle 110. The area I walked along begins at 6th and 5ta and stretches to Calle 92. I was able to get decent pictures of 26 of the 50 embassies along this strip. Maybe for a future post I will find the embassies that are located on either side of 5ta and/or the ones I missed along the renowned through-way. For now, it's safe to say that 5ta Avenida has earned the nickname of Embassy Row. 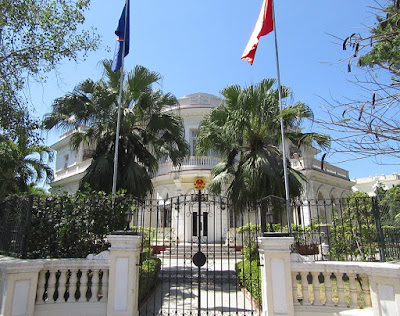 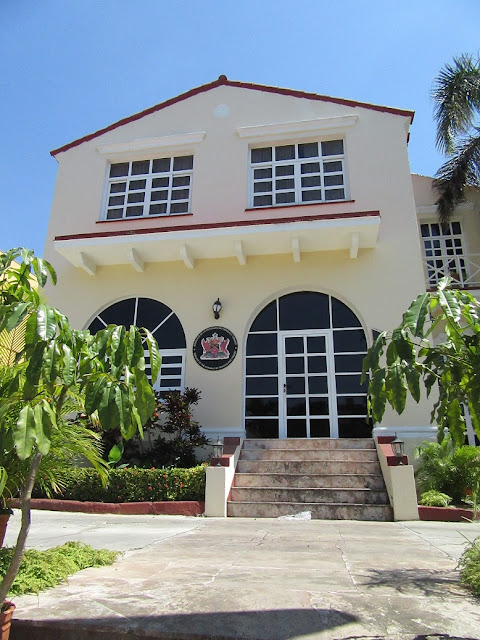 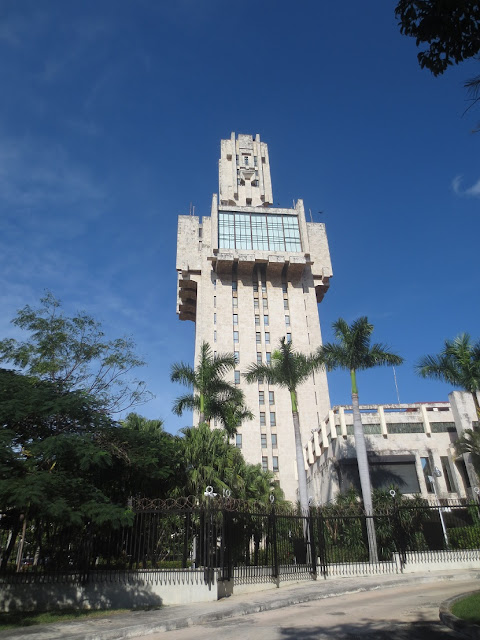 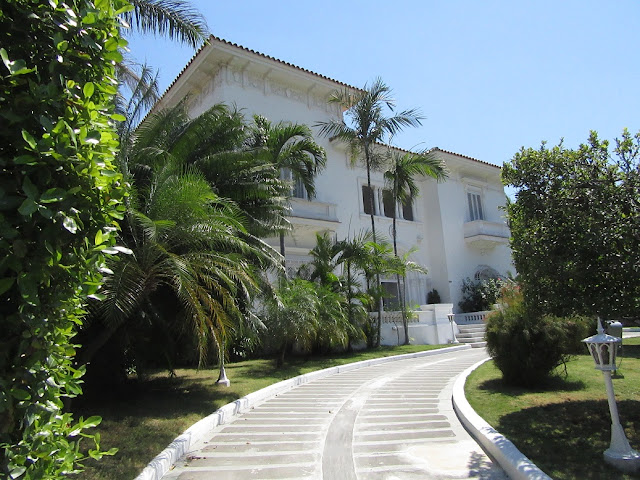 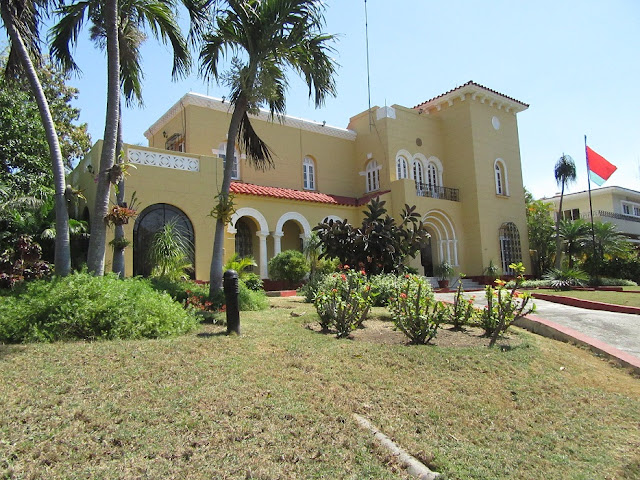 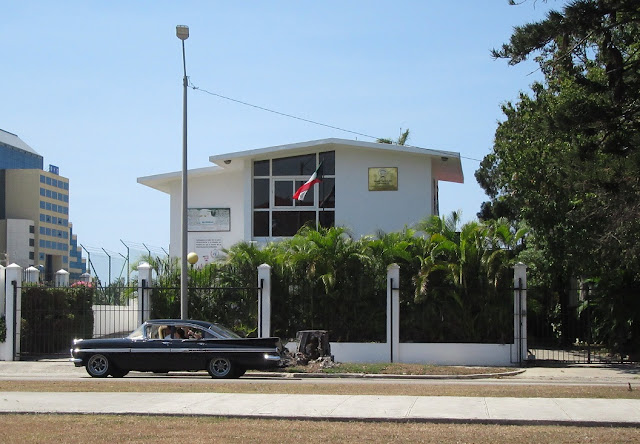 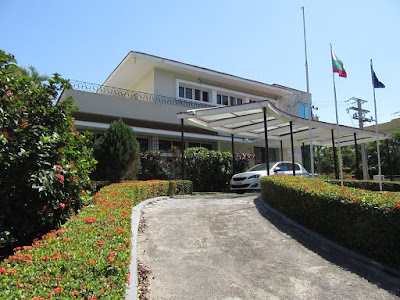 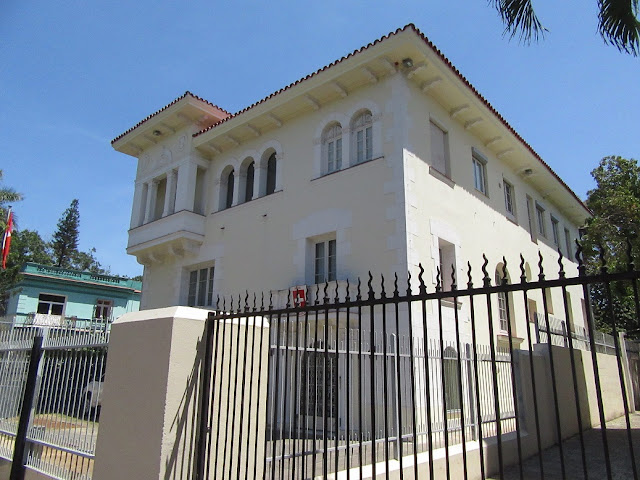 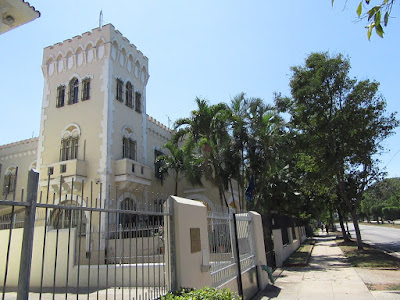 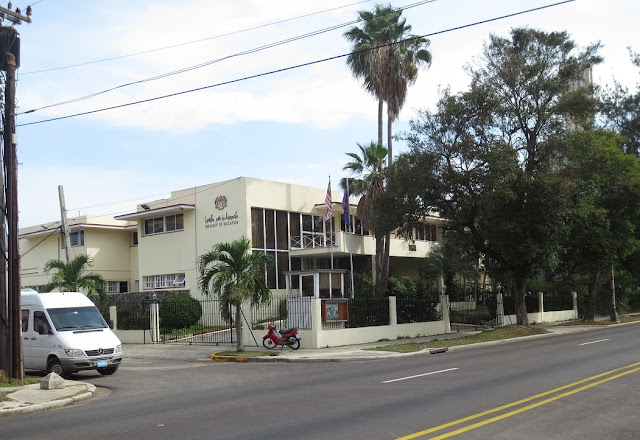 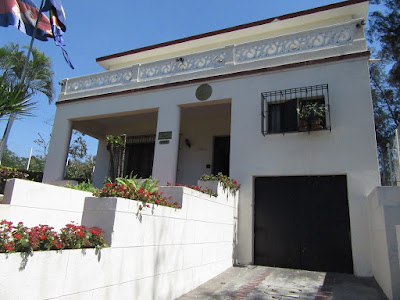 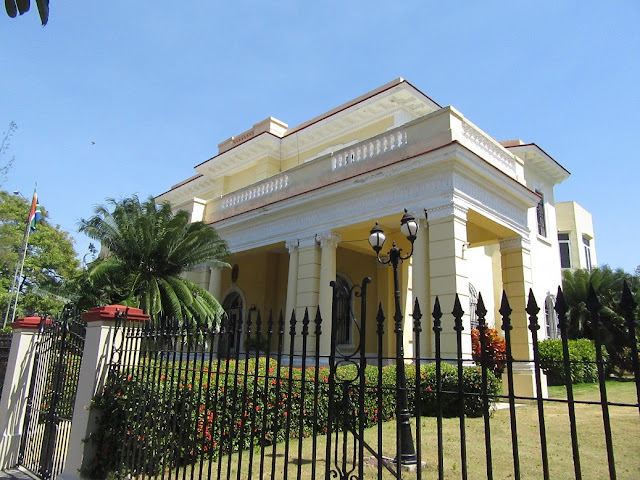 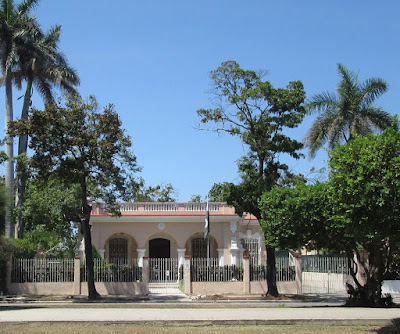 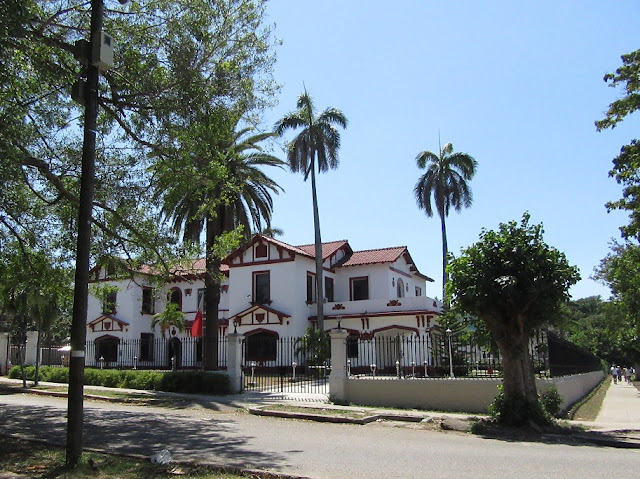 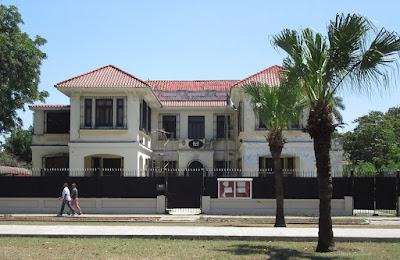 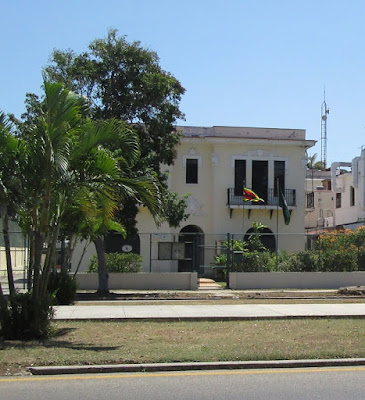 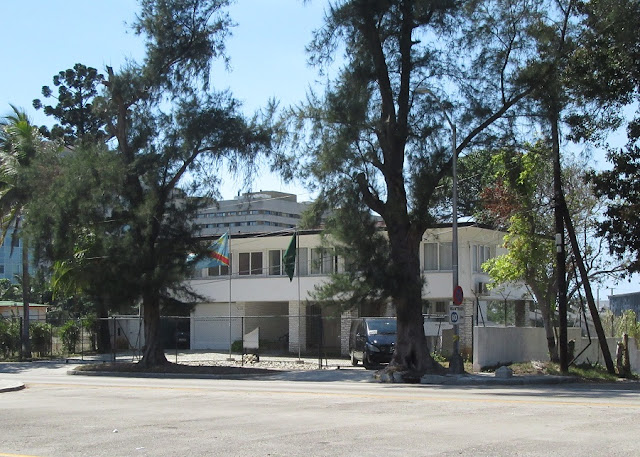 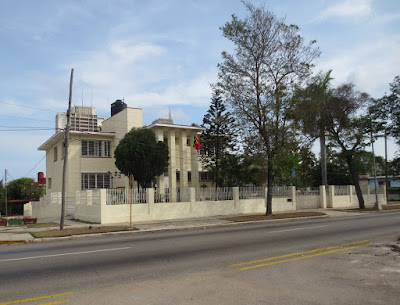 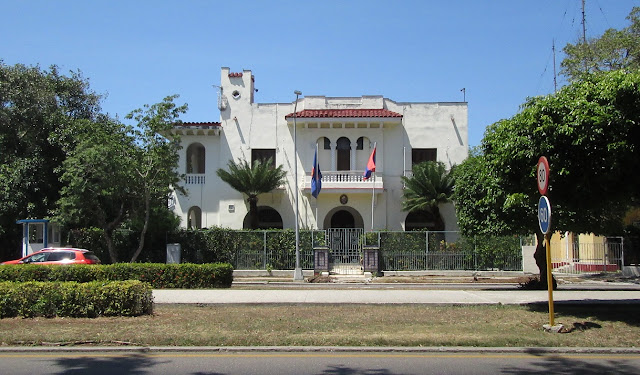 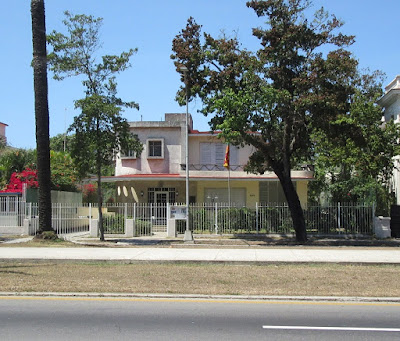 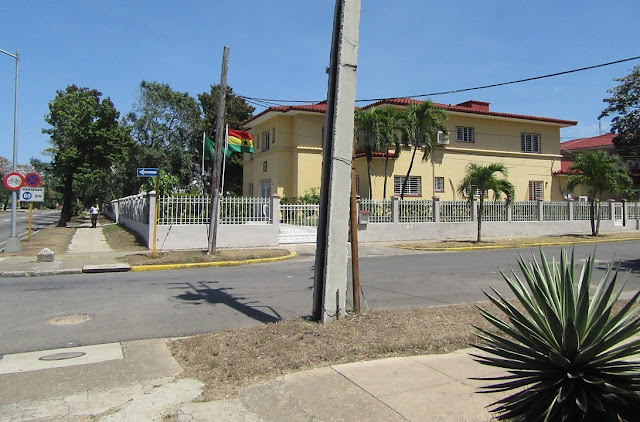 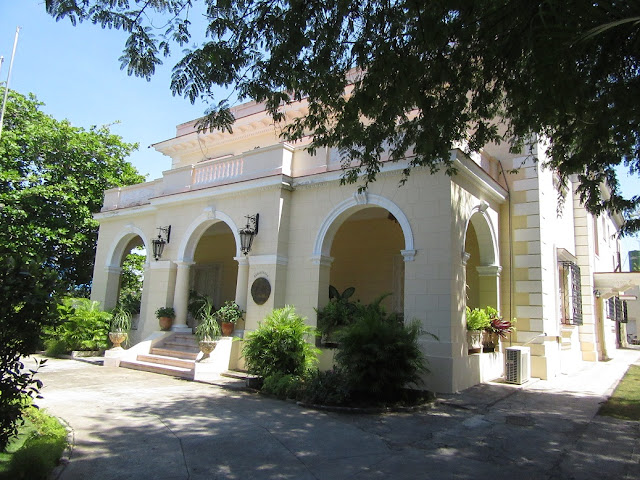 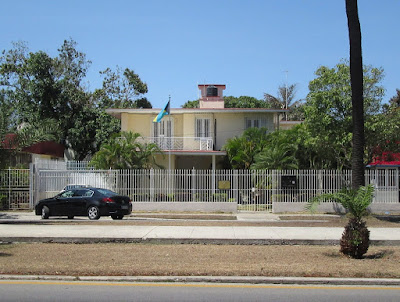 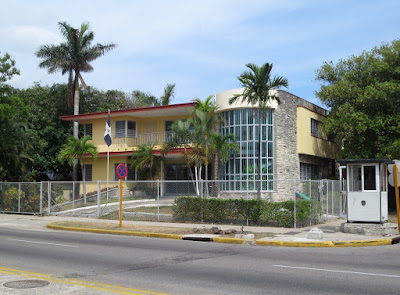 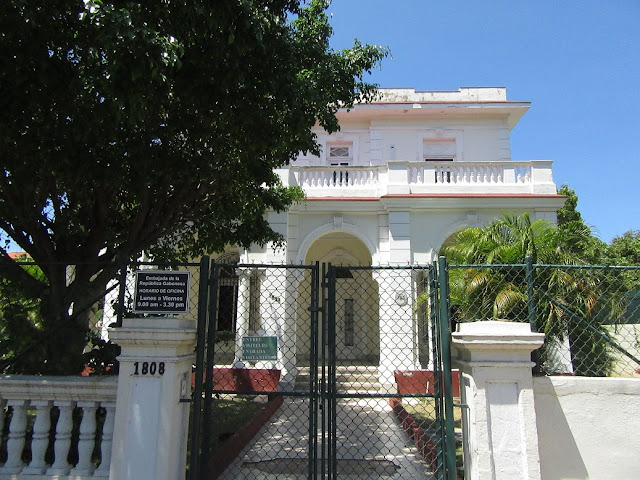 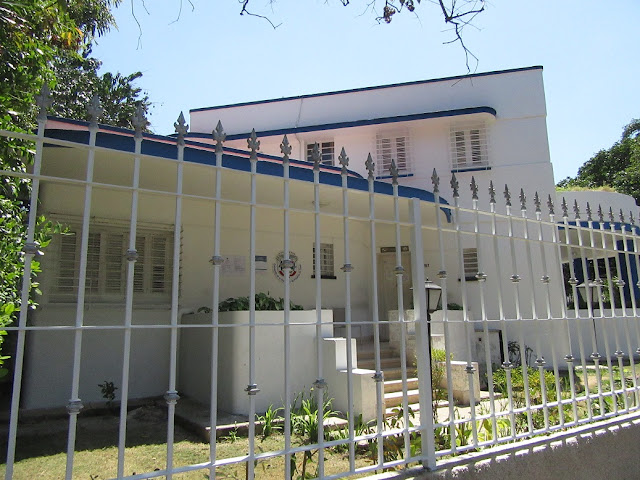 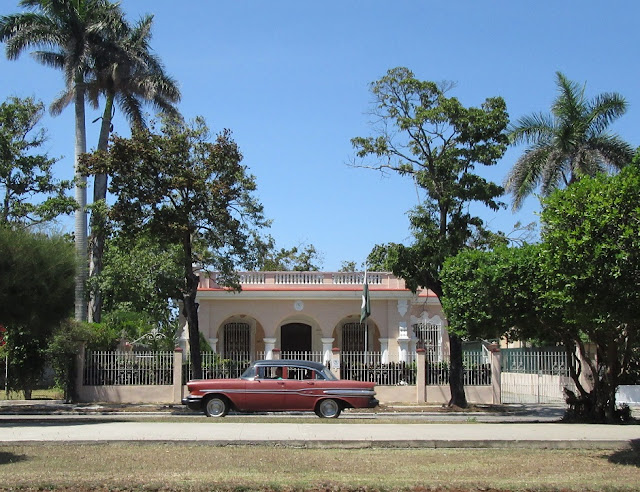 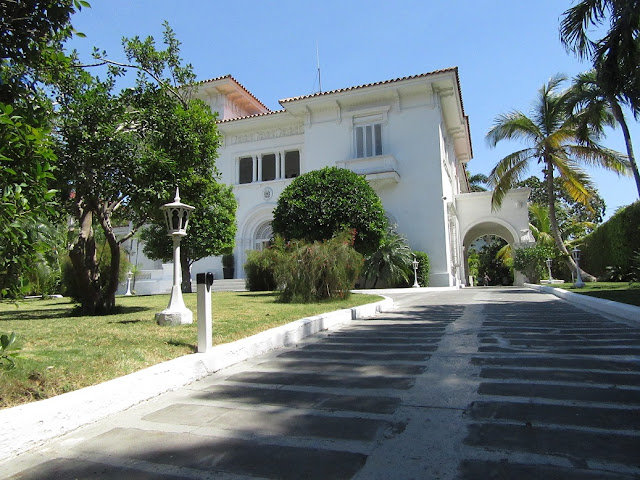 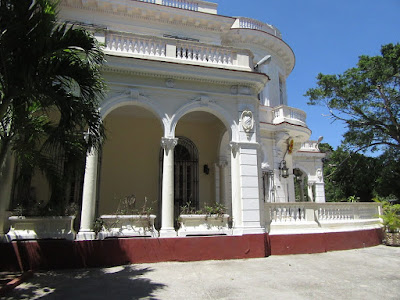 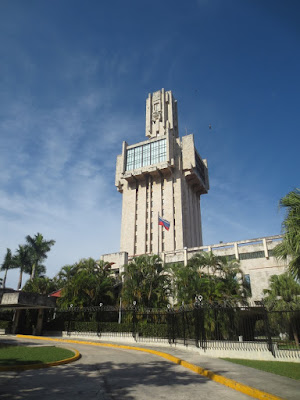